An action item proposed by school board vice president Sandee Everett to censure school board clerk Dr. Betsy Connolly was discussed but ultimately did not pass at the Oct. 2 Conejo Valley Unified School District school board meeting.

Everett took action to attempt to censure Connolly because her “social media conduct is inconsistent with the expectation that board members provide a positive example for students and community members who should be able to look to public school board officials as a role model for healthy and positive social media behavior,” according to the item rationale. A censure is a “formal statement of disapproval” in a governing body, as defined by the U.S. Senate, but it does not entail removing the censured member.

Everett provided five examples of instances in which she believes Connolly acted inappropriately to supplement the item, including several social media posts and an email. One of these posts was later proven to be from a parody account.

One of the tweets provided by Everett read, “When a person claims to act on instructions from God, I’m starting to look for a safe place to hide.”

“Some people may think that’s funny, they may think it was a joke,” said Everett. “I’m sure kids post all the time and then say I didn’t mean to do that. It was just a joke, but it does hurt people, it isn’t appropriate.”

Connolly replied to the discussion of the tweet by explaining the conversation that led up to it. She said that she was responding to a tweet by Acorn reporter Dawn Megli-Thuna that said, “Faith is coming to the forefront of the Conejo Valley school board race. The husband of candidate Amy Chen told a conservative commentator that his wife feels inspired by God to run.”

“I did reply to [Megli-Thuna],” said Connolly. “But what I replied was ‘We’ve talked about this before,’ because [Megli-Thuna] and I have talked about this before. ‘Faith, personal and family challenges/success, core values, they all inform our actions and perspectives in every part of life, including politics. I believe that our actions, right and wrong, are ultimately our responsibility, not God’s.’ I stand by that. … So I want you to know that my comment was not a comment about Mr. and [Dr.] Chen, it was a comment about a much longer conversation that reporter Dawn and I had in the past.”

Screenshots of all of the debated social media posts are attached to the official meeting agenda on the district website.

“We need to be mindful of our bylaws,” said Everett. “We need to recognize that people are watching how we behave, how we interact with others on social media, what we send out on our emails as public officials.” 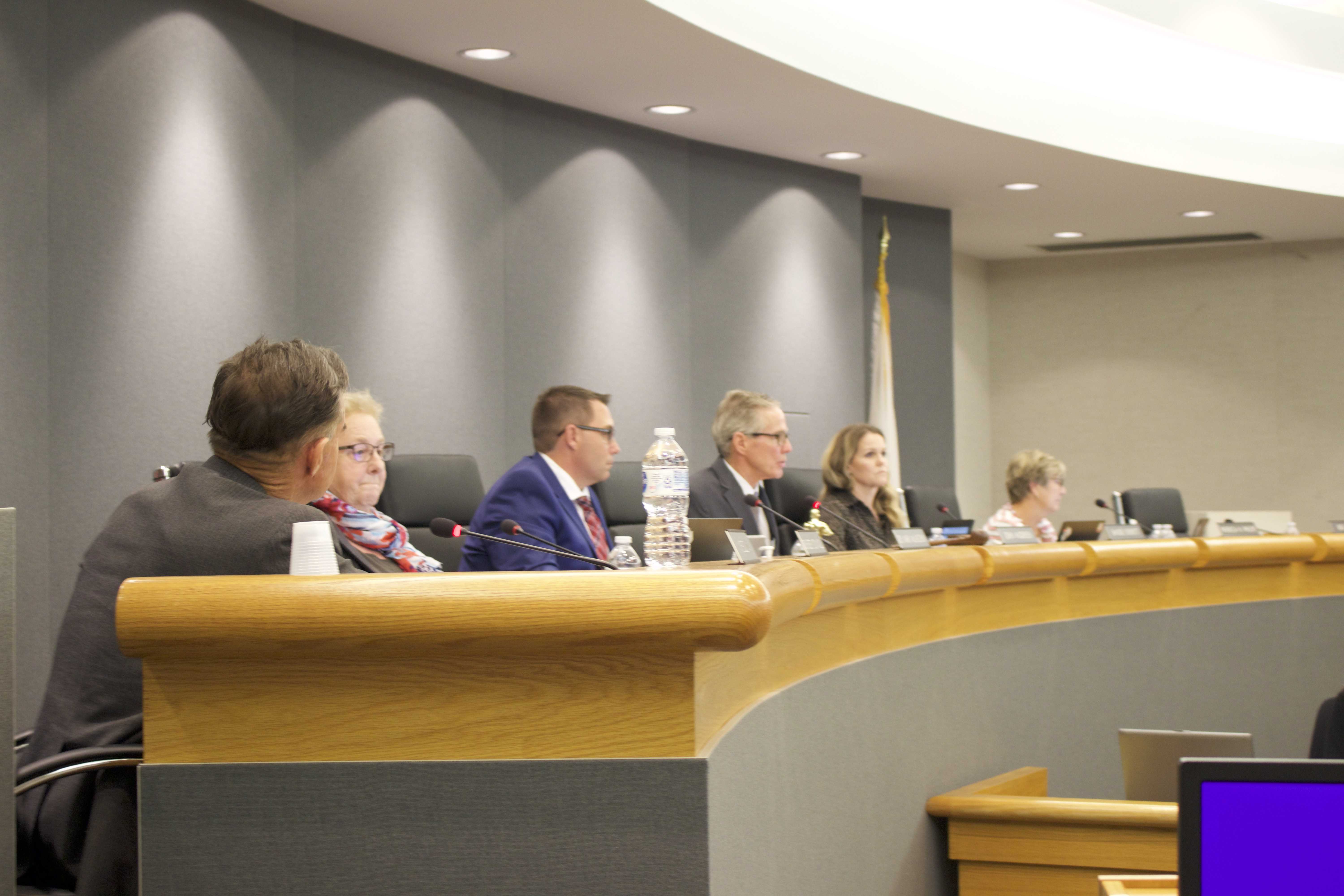 “I think the purpose of this is to get a discussion on the table and to not defer it for another two weeks,” said Phelps in response to Connolly’s request. “I’m sure everybody in the audience knows I could never say this unless I’d been asked, to adopt the attached resolution to censure board member Betsy Connolly.”

After Phelps made the motion, Connolly seconded it.

“The resolution was an action item on the agenda,” said Connolly in a statement to The Arrow. “That means that it can be discussed and voted on during the meeting after it is first motioned and seconded by board members. Mrs. Everett (who put the item on the agenda) and Mr. [Mike] Dunn stayed silent when the board president called for the motion.  If [Mrs. Phelps] and I had not made the motion and second, the members of the public who had waited for over three hours to speak under the item would have lost their opportunity to be heard.”

After Connolly seconded the motion, Everett stated that she wished to “withdraw the censure.”

“It was my item,” said Everett. “And I don’t intend to bring it back.”

Board president John Andersen stated that the agenda item would need to be discussed during the meeting because a motion had already been made. He stated that the item should have been removed when the agenda was being approved if Everett wanted to avoid discussion on the topic.

After public comments were brought to the table and board members discussed the issue, the board held a vote. The item failed with two no votes from Connolly and Phelps, one yes vote from Everett and two abstentions from Anderson and Dunn.

Andersen, Dunn, Everett and Phelps did not return requests for comment. 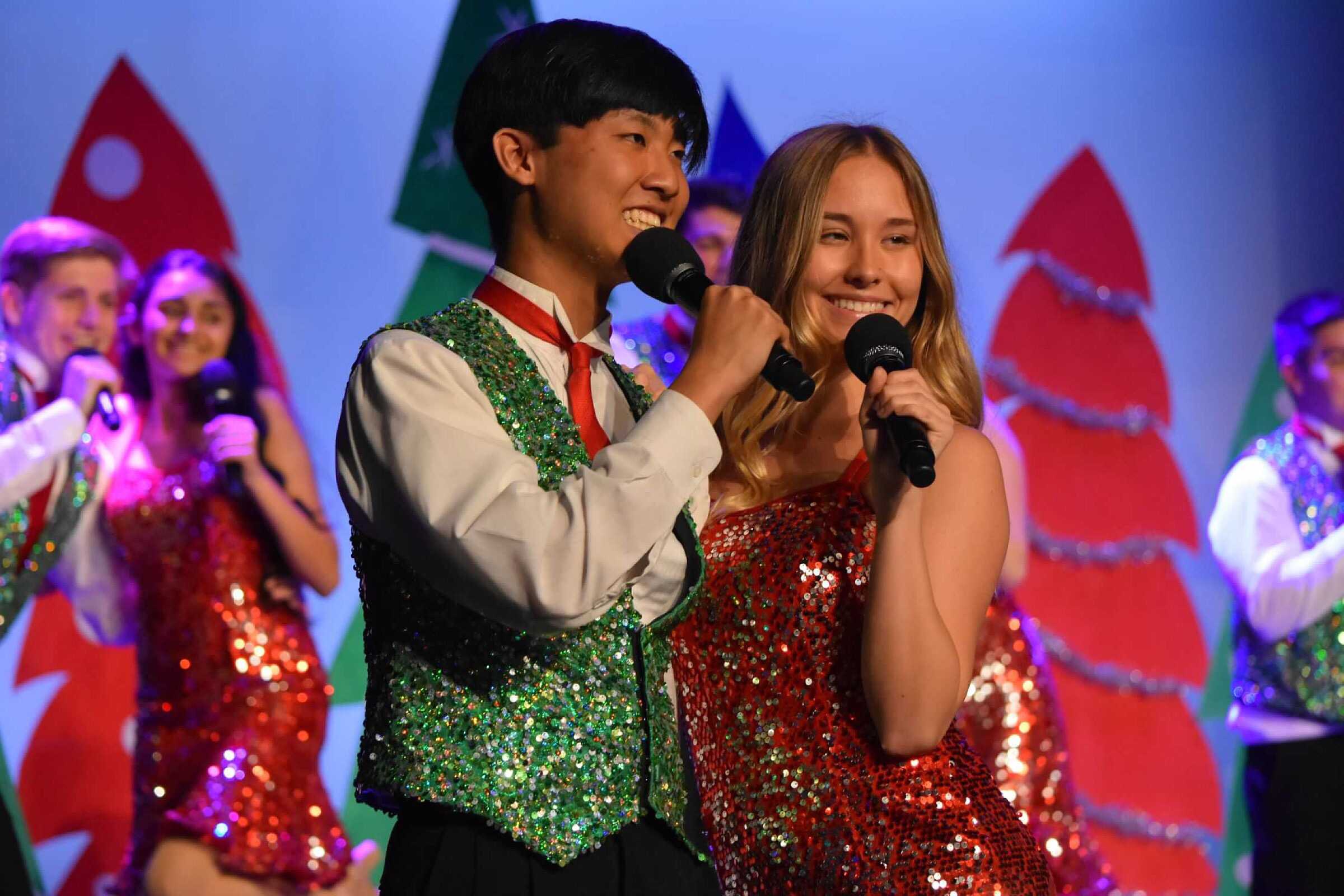 Students walk out in protest of recent gun violence