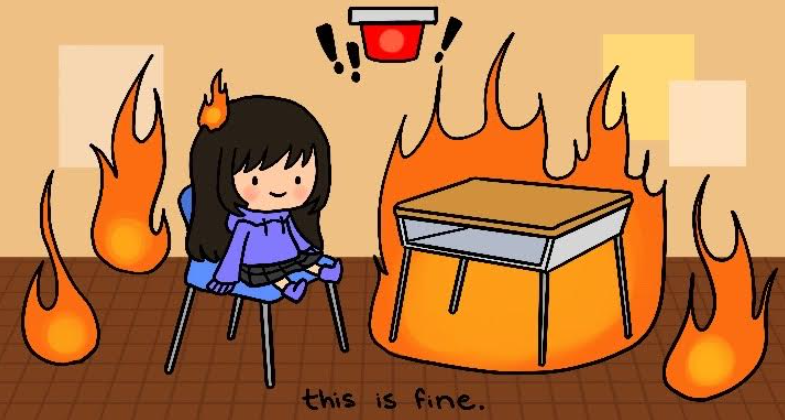 A sudden, screeching beep interrupts your teacher mid–sentence as students’ hands fly to their ears and a light begins flashing from the ceiling. Seconds pass, and nobody budges from seats or moves for the door. Everyone waits patiently for the eventual intercom message saying to disregard the alarm.

WHS has false fire alarms often, leading to these alarms not being taken seriously, as there is often no surefire way to know if it is an emergency or error. This also tends to distract students from in–class lessons and discussions.

“I personally think [a false alarm is] pretty annoying because this has never happened at any other school I’ve previously been to,” said Hunter Wang ‘24. “Everytime there’s a fire alarm, class is disrupted, people panic for a second and we waste ten minutes.”

On top of disrupting classes, these alarms could potentially endanger students’ lives because they are generally ignored due to them being frequently accidental.

“It’s definitely a safety hazard because if there was a real fire, it would be super dangerous,” said James Sutton ‘22.

Many teachers are no exceptions to this fire alarm desensitization. Most simply wait for the alarm to stop ringing and the intercom message alerting them that there is no fire after all.

“If there’s a real fire, that’s a real problem because none of the teachers are getting ready to go anymore,” said Wang. “They’re used to it.”

Because there are so many false alarms, teachers and students alike are often unable to know whether a fire alarm indicates an accident or real fire. In the most recent incident of a false emergency, the alarm rang longer than usual before a staff member got on the intercom.

“We were like, ‘Is it a real fire?’ because they didn’t call in as soon as they usually do,” said Sutton. “So, we wondered if it was a real fire.”

Some students have shown concern over the consequences of desensitizing students to alarms that are supposed to keep them safe.

“[In a real fire,] I think we’d wait and maybe that could be dangerous,” said Phoebe Chen ‘22. “It could backfire if we wait too long. We risk a lot of valuable time.”

Most students have come to a general consensus that false fire alarms are too frequent, disruptive and a threat in the case of real danger. In the future, many agree that the school should look into and try to resolve the issue of the consistent false alarms.

“It’s pretty serious,” said Wang. “It shouldn’t be malfunctioning all the time.”

Students take on active role against WHS plastic use