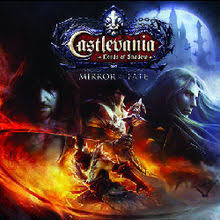 Castlevania is one of the oldest and greatest franchises in the history of gaming. It’s one of the few games that attempts to create a dark world as the family of protagonists, the Belmonts, explore a castle ruled by Dracula and filled with monstrous creatures of the night. One of its entries, Castlevania: Symphony of the Night, even created a whole subgenre called Metroidvania, which combines both exploration–centric gameplay and role playing game elements.

While the series has always been successful in the 2-D world it has always struggled with the transition to 3-D gameplay because of problems such as the camera and control. That all changed, however, in 2010 with the release of Castlevania: Lords of Shadow. The game released to decent scores, including a 7.5 from the Imagine Games Network, a gaming publication. But it’s been over eight years, so with advent of a modern perspective Lords of Shadow needs to prove it still holds up.

Lords of Shadow is a prequel set in 1047 A.D. that follows the exploits of the father of the Belmont clan, Gabriel, a member of the Holy Knights dedicated to eradicating darkness from the world. Earth’s connection to Heaven has been severed, and it’s up to Gabriel to kill the three powerful Lords of Shadow in order to restore the connection and resurrect his wife.

The characterization makes the plot pretty compelling. It’s clear from the beginning that Gabriel isn’t exactly psychologically stable. He experiences hallucinations of his wife, kills an innocent person without even being aware of it and after a twist at the end of chapter three, one starts to wonder if Gabriel is even a hero at all.

Unfortunately, the gameplay isn’t as interesting as the protagonist.

Castlevania: Lords of Shadow should be called God of War IV. Lords of Shadow and God of War are scarily similar. Both protagonists use chain based weapons, are motivated by their dead family and feature combat using light attacks, heavy attacks and grabs to create combos and earn more experience.

The combat itself is fine, and it is satisfying to unlock new techniques, but it’s pretty much a carbon copy of God of War’s, which already had four entries. Even the game’s unique selling point isn’t a stand out.

Fairly early on, Gabriel gains the ability to wield both light and shadow magic. It sounds like it has potential, but it adds very little to the overall approach with enemies. Light magic heals Gabriel whenever he hits an enemy, and shadow magic augments his strength so attacks do more damage, but they create few new moves.

This game also lacks any trademark Castlevania elements. The closest the game has is a minor exploration element in which players can find gems to bolster their abilities. Arcs of the Brotherhood of Light can also be found which increases the maximum amount of one use subweapons, like daggers and holy water. But that’s the only real element of exploration which is disappointing as a Castlevania game.

Other disappointments include the lack of any returning tracks from previous games, no returning sub weapons, outside of the daggers and holy water and the lack of returning Castlevania bosses except for Carmilla and Malphas.

Presentation–wise, the game is quite good for an early PS3 game. The lighting is dark and moody, enemies are appropriately grotesque and the finishing moves are devastating.

The music, while lacking the rock that defined the previous Castlevania games, is orchestrated adding to the gothic atmosphere as you explore the desecrated ruins of castles.

Castlevania: Lords of Shadow isn’t a bad game, but it’s a bad Castlevania game. Combat is functional–if generic, the presentation isn’t reflective of the series and it simply lacks the Castlevania touch. The series that is about fighting Dracula, never features a boss fight with the prince of darkness. Overall, Lords of Shadow is nothing that will frighten players away, but fans of previous entries should be a little scared of the changes made.

WHS Seniors: Complete this survey to be included in the senior issue of the newspaper. Please have it done by May 1st.