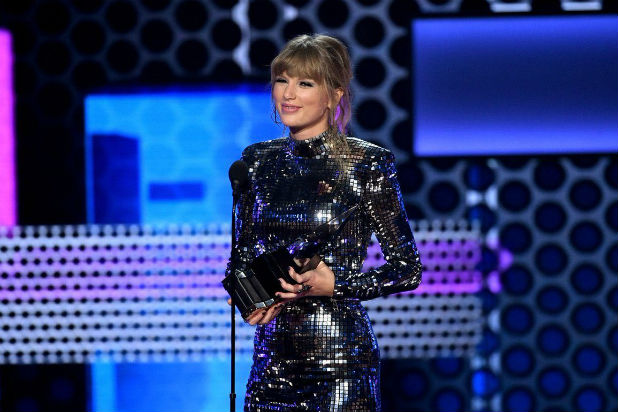 It all started with a cliffhanger and ended with a song that blew up the internet.

“ME!”, Taylor Swift’s new and unexpected single, was released on April 26 of this year.

Swift, however, introduced a countdown on her Instagram for the big day starting April 13. This “mystery date” drove fans crazy, leading them to invent some theories for what Swift could possibly have in store for them. These theories ranged from new albums, to even the potential release of a novel.

When April 26 finally arrived, Swift released both the single and a music video that  would, in only the span of a day, take the music industry by storm.

The song, which Taylor sung as a duet with Brendon Urie, the lead singer of Panic! at the Disco, was viewed 65.2 million times in the 24 hours following its release, setting a new record on Vevo.

Upon first watching the video, my eyes had to adjust to all of the pastel colors seeming to explode from each take. However, I was not only surprised about the colorful hues throughout the video, but also to the complete contrast of both the song and the music video to some of Taylor’s previous releases.

In Swift’s “Blank Space” music video, released in 2014, she took a darker turn on dealing with a relationship, which, in the video, ended violently with her suspicions of her lover cheating. It finished with Swift smashing his car, ripping his pictures off the wall and tearing his clothes.

In her “Look What You Made Me Do” video in 2017, she dressed and performed as all of her previous selves, which was a symbol of moving on and represented a change in herself that  she later shared with all those who adored her.

However, in “ME!”, Swift manages to tie a lot of factors that were previously seen in her old videos into her new one- the love song, the colors, her love of cats and the cheerful theme are all reminiscent very much of the Taylor that had originally been pronounced “dead”.

In doing so, Swift once again makes an act of rebellion, this time bringing much of “the old Taylor” back into her most recent release.

At the beginning of the video, after Swift and Urie have an argument in French, Swift begins the song with the promising message (directed to Urie) singing, “I promise that you’ll never find a lover like me.”

Many high-energy dance routines followed this first scene, creating a fun environment that left me with a smile on my face and rhythm in my shoes!

As for the film itself, directed by both Taylor Swift and Dave Meyers, it is memorable because of its unique and colorful scenes throughout the video.

The animation within the video, including clouds, a paint-like substance falling from both the sky and Taylor’s dress and even a snake at the very beginning of the video drew me in and left me with a lot to think about by the end of the song.

Both Swift and Urie recently performed “ME!” at the Billboard Music Awards on May first and blew the audience away with their astonishing performance. From the people hanging from umbrellas from the ceiling, to the marching band in pink outfits, to the spunky dance routines, Taylor gave her audience only a small taste of what is to come and certainly left me on the edge of my seat.

She has recently revealed that her next album is to be released soon and left her fans a clue that the upcoming album’s title is revealed somewhere in her latest music video.

So it turns out for Taylor that 2019 has been a major year involving colorful releases, albums and videos and that she has many, many more surprises in store.

Sexism on the courts

College blues: The diminishing value of a college diploma