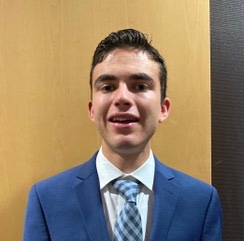 The COVID pandemic has impacted people of all walks of life, and both its direct and indirect consequences have greatly affected our community. When the shutdown occurred on March 15, everything stood still as businesses closed, schools became online and people went out of work.

However, after months of waiting, fall sports are anything but confirmed, and the situation is far more confusing than it was all the way back in March. Although a CIF schedule was outlined for teams to return in January, my team and I have yet to have a single practice together.

Currently, the rules for commencement of sports have been different for every school as the gradual return to practice is up to the individual school’s athletic director and before the week of Oct. 13 we were constricted to Phase 1: small practices where athletes were separated into “pods” of ten or less. Now however, we have moved into Phase 2 and are allowed to practice in socially distant groups of up to 50 three times a week, a big adjustment.

After months of not practicing it has been difficult to maintain the level of team comradery that is characteristic of Cross Country. Usually by fall, we as teammates are able to see each other every day for practice during the week and take early morning bus rides to our meets throughout the Conejo Valley. The challenge has been replicating the team atmosphere without being able to have much contact with each other.

As part of this mission, we all made the effort to join together for Zoom meetings every Monday at 3:30 p.m. and every Thursday and Friday at 2:40 p.m. during Phase 1. Outside of our team meetings on Zoom we tried to maintain small groups and get together in person every few days.

This made the transition to socially distanced team practices not as jarring. Even with social distancing and mask wearing rules, we still look forward to these practices as a crucial part of our week.

In these small groups we have been fortunate enough to come across virtual competitions. We have managed to all compete, whether or not we were all actually present as a team. We could race anywhere we wanted, as long as it was posted for the virtual meet as a race result. This gave us back some of that feeling of competition that we so desperately craved.

Despite the continuing COVID restrictions, returning to campus has made a big impact on improving our team dynamic. Hopefully, the Phase 2 transition continues to go smoothly as we move closer to real competition, scheduled for this January.

What would Kyra do?