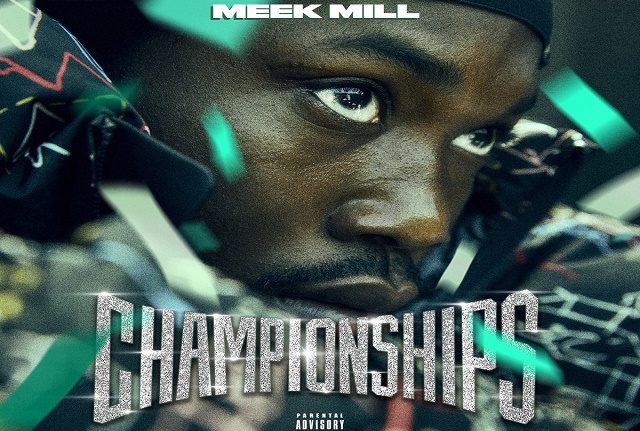 In a year with many successful albums and artists, none were more influential than Philly rapper Meek Mill and his comeback album Championships. After being sentenced for two-four years last Nov. on charges of gun and drug possession, Meek Mill spent six months in jail before his release in April.

Meek Mill spent his years cycling through the justice system, being put in jail for minor stints, living under house arrest and attending monthly court hearings. Despite many Philadelphia based lawyers stating that his punishments and ruling were “excessive,” he was sentenced after he violated his probation for the fifth time.

After his arrest the trend #FreeMeek spread like wildfire throughout the community as many celebrities and fans were outraged by his allegedly unjust sentence. Ultimately, he was released after the police officer who was the key incriminating witness lacked credibility.

Even known political activist Colin Kaepernick was upset with the punishment tweeting “we’ll continue to fight against harsh sentencing practices that have affected Meek and millions of other POC [people of color] for generations.”

Shortly after his release, he came out with a four song album Legends of the Summer which was headlined by the single “Millidelphia,” the official hype song of the Philadelphia Eagles who won the 2018 Super Bowl.

As someone passionate about his hometown of Philly, Meek continued to speak out about the unfair justice system stating, “although I’m blessed to have the resources to fight this unjust situation, I understand that many people of color across the country don’t have that luxury and I plan to use my platform to shine a light on those issues.”

On November 30th, Meek released his highly anticipated album Championships, with 15 of its 19 songs already appearing on the “Billboard Top 100” list. The album highlights struggles in his life and with the justice system and the injustices in African American community.

In his song “Championships” he comments on mistakes that people growing up in Philly make, which can lead to their lives being ruined forever rapping, “Now I’m locked up in a prison/Callin’ mama like I shouldn’t have did it/Watch my dream shatter in an instant.”

Additionally in his song “What’s Free” featuring Rick Ross and Jay-Z,  Meek comments on the harsh reality of how he and many other African Americans are treated in today’s justice system.

“Lock me in a cell for all them nights I won’t snap… Tell em [the judge] how we fundin’ all these kids to go to college… Tryna fix the system and the way they designed it/ I think they want me silenced.”

The album features many fan favorite artists including a collaboration with 21 Savage and an extremely popular track, “Going Bad” featuring Drake, who recently squashed his beef with Meek Mill shortly after his release.

Meek’s return to prominence has been one of the most intriguing storylines of 2018, and many fans are happy the Philadelphia native is back to producing hits, and this time, fighting for something bigger than himself.

Is Pokémon Go Still a Thing?