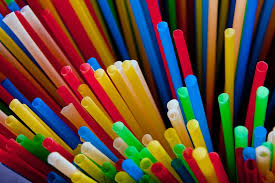 Say goodbye to drinking with plastic straws and say hello to paper straws. As of Jan. 1, 2019 almost all beverages and other items that use straws will come with no straw, a substitution as a paper straw or a new design involving sip friendly cups.
California Governor Jerry Brown signed a bill banning full-service restaurants from automatically giving customers plastic straws in early September 2018. restaurants are now only give them upon request. California has been trying to reduce the amount of plastic waste a person uses for a while now. Recently law requiring a customer pay for plastic bags at a grocery store and now the plastic straw ban was enacted..
“It is a very small step to make a customer who wants a plastic straw ask for it,” said Brown. “It might make them pause and think again about an alternative. But one thing is clear, we must find ways to reduce and eventually eliminate single-use plastic products.”
Straw and plastic materials alike are harming the world, atmosphere and oceans now more then ever. Starting to actually do something about the problem and the pollution in the environment is something that may help decrease global warming and make the world a healthier a safer place to live in.
Plastic pollution is a terrible thing happening in our environment today and many countries and states are changing the way we think of everyday plastic material. Due to the discoveries made of the damage plastic causes in many countries.
On estimate America uses around 500 million straws per day and one study published earlier this year estimated as many as 8.3 billion plastic straws pollute the world’s beaches, according to National Geographic.
“Eight million tons of plastic flow into the ocean every year, and straws comprise just 0.025 percent of that,” said National Geographic. “But that hasn’t stopped the straw from becoming the major focus of recent environmental campaigns. This is in part because, for most able-bodied people, the straw is something you can easily do without. Eliminating plastic straw usage rarely requires a drastic change in behavior.”
The plastic problem has been in effect for s really long time and many politicians, large company owners and other outside organizations have been helping to solve the problem and give a solution of the overuse of unnecessary plastic products.
“Plastic has helped advance innovation in our society, but our infatuation with single-use convenience has led to disastrous consequences,” said Brown.
If people consume as little plastic a day as possible, not only the environment but the heath of actual people will be better.
Places like IKEA and other large and small companies have announced plastic bans will go into effect within the next couple of years. Meanwhile, other big companies such as McDonalds are being targeted for not being more involved in the straw banning.
Starbucks is one of the bigger companies that is getting involved in the banning. The company has introduced strawless lids, which will have a a top similar to a sippy cup of a child drink, also make alternative material straws available such as paper. Starbucks already has strawless lids available in more than 8,000 of its North American stores.
“The Seattle-based coffee chain estimates that this move will eliminate more than one billion plastic straws a year across its more than 28,000 stores around the world,” according to The Guardian. “Starbucks will be making standard use more plastic than a combination of the company’s current lids and plastic straws.”
The Walt Disney Company has also recently announced big plans to stop using plastic straws and coffee stirrers at all Disney locations by the end of 2019.These sources, Disney and Starbucks, will decrease the straw population by around 1.18 billion fewer straws a year, according to the Guardian.
Although it may seem impossible for some pro-straw people to live without straws, banning them is something that needs to be done to make a healthier and more substance earth to give on. Some of the effects of the plastic pollution are causing global warming, and causing the oceans to become more and more polluted with unnecessary items, including more than just straws.

Making the most of your shelter-in-place