On Feb. 17, WHS’s Science Olympiad team competed at Antelope Valley College and placed sixth out of 36 schools at the regionals competition, allowing them to advance to the state competition April 7 at Caltech.

Club president Logan Chiu ‘19 was confident that the team would be successful at regionals.

“I thought we were probably going to state, if we [didn’t] bomb the competition,” said Chiu.

WHS placed in the sixth spot of Division C to qualify for the state competition, just edging out Newbury Park High School who placed seventh.

Team member Kyle Osborn ‘18 competed in the the highest scoring event for WHS, Hovercraft, after adding a counterweight on the device at the last second.

“When our team showed up no [school] had a working hovercraft,” said Osborn. “I was surprised at how disorganized the whole thing was for regionals.”

However, the state competition will pose a bigger challenge to WHS, with all the top schools from each region competing each other.

“There’s a lot of schools that have Science Olympiad as a class instead of a club, they’re practicing every single day,” said Madi McMichael ‘20, who competed in microbe mission, anatomy and physiology and disease detectives.

Especially tough competition will be Troy High School, located in Fullerton, which has won the Science Olympiad Nationals competition 11 times since the start of the school’s participation in the competition in 1987.

Last year, WHS was not able to qualify for state for the first time in seven years, but this year they were driven to not repeat last year’s mistake.

“Last year’s results greatly affected our performance this year at regionals,” said Chiu. “We studied harder this year in order to get into state.”

The team also started studying earlier than they did last year, and the results paid off.

“We had a lot of study sessions at a library or someone’s house,” said McMichael, “[but] a lot of it was us being motivated to study in our own time.”

With the state competition, the team will be doing the same things that contribute to their sixth place win at regionals, but also rebuilding the objects in the build events.

“[Preparing is] just studying and going into more in depth with each event,” said McMichael. “There’s one event called towers where you have to keep adding weight onto the tower until it breaks, so they’re completely redoing that one.”

The team’s main goal at state is not to place high among the schools, rather, they would like to use the competition as an educational opportunity.

Club advisor and science teacher Stephanie Koenig stated that the team’s performance at state depends on the time and effort put into rebuilding and studying, but WHS’s placement at state is not as important.

Koenig said, “I just want them to have fun.”

Bitcoin: currency of the future 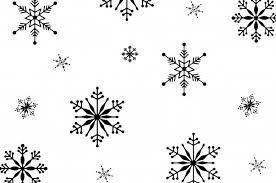