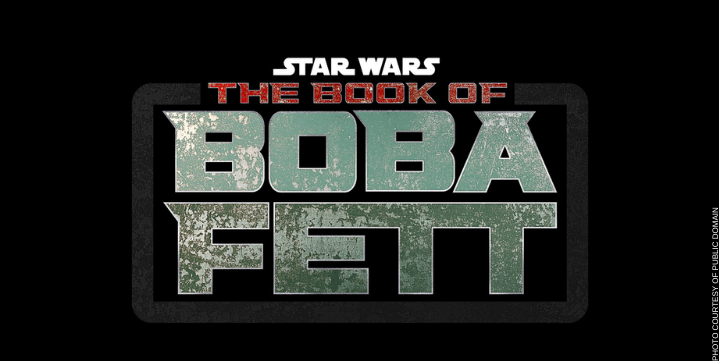 NEW ERA OF STAR WARS: Starting with the release of The Mandalorian on Disney+, most of Star War's new shows focus on less involved characters within the films, such as Boba Fett, set to release in The Book of Boba Fett, Star War's next live-action show.
Arts and Entertainment
November 19, 2021 Shane Douglas

Despite not having as much screen time in the films compared to more main Star Wars characters, this fan-favorite character continues to rise in popularity. Boba Fett, the notorious bounty hunter, is now getting a TV show centered around him, and for many Star Wars fans, the character is finally getting the respect and attention he deserves.

Boba Fett, previously one of the most feared bounty hunters in the Star Wars galaxy, was officially announced to have his own Disney+ TV show series: The Book of Boba Fett, set to start streaming Dec. 29. Star Wars officially released the show’s trailer on Nov. 1, revealing some key components about the character and what the show is all about.

“I want to see some sick battles,” said Donovin Atkinson ‘24. “I’m looking forward to that. I want to see flashbacks, backstories. I want to see [Cad Bane], and some of the other characters that you may only see in the comics and stuff like that. They have a lot they can throw in there, so I hope they do.”

The Book of Boba Fett was officially announced in the post credit scene of The Mandalorian. The scene featured Boba returning to the desert planet of Tatooine, where he finds Bib Fortuna, formerly Jabba the Hutt’s right hand man, on the throne of what used to be Jabba’s palace. It is assumed that Fortuna rose to power after Princess Leia strangled Jabba in Return of the Jedi, which helped her rescue Han Solo and escape with her life.

However, following the events of The Mandalorian’s second season, Fortuna’s rulership is put to an end, as Fett and his mercenary partner, Fennec Shand, take out Fortuna and claim control over the palace, along with what’s left of Jabba’s crime syndicate.

“I feel like it was a bit of a surprise, [knowing] his ideals,” said Atkinson. “He usually is working for other people, and he never really settles down in one spot for a long time, so I was thrown off by that a little. He has a lot of influence on everyone, so he can do a good job leading a crime syndicate, but I don’t see why he has to.”

Based on the show’s trailer, which depicts Boba in control of Jabba’s former palace and the remnants left of Jabba’s crime syndicate, Fett and Shand will be attempting to rule more humanely and be more respected as leaders, in contrast to how Jabba was feared throughout the galaxy rather than respected. Throughout the Star Wars comics and cinematic universe, Jabba has been known to own slaves, kill those who question him or oppose his viewpoints, and overall, any of those who threaten his power.

“I don’t really expect [Boba] not to be feared,” said Ru Aluwihare ‘25. “He is still probably going to be feared a lot, because he used to be a [legendary] bounty hunter, but he definitely will be respected as well.”

Despite the show taking place after the events of The Mandalorian’s second season, the show might also go over some of Boba’s backstory that hasn’t been seen in live-action yet. Specifically, how Boba escaped the deadly sarlacc pit, instead of being digested for 1000 years.

“I feel like it’d be nice to fill that gap,” said Atkinson. “A lot of the fans would be happy… and I feel like it would fit really well into the show… If they show that, that’s going to be one of my top Star Wars moments.”

According to digitalspy.com, throughout the Star Wars original trilogy, Boba Fett has had about five minutes of screen time across all three films. For many Star Wars fanatics that have been a fan of the character all the way back to the original trilogy, they have wanted more screen time for the fan-favorite character, and with the release of this live–action show focused on Fett, fans will receive their wish.

“In the original trilogy, we haven’t been able to see his face [much],” said Atkinson. “You wouldn’t think he’s this super important guy… If they can really show us the power behind the name Boba Fett, that would help people that have only seen the movies and don’t know a whole lot about him. They’ll understand how infamous he is.”

Frozen 2 takes you “Into the Unknown”